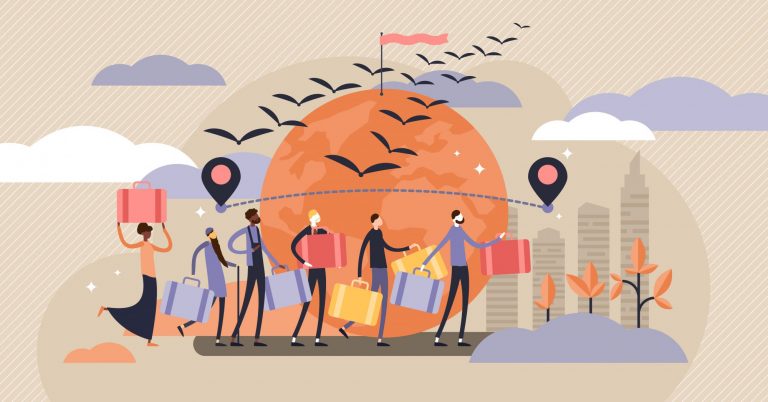 One of the major concerns of the U.S. government while considering family-based immigration, is whether the immigrant will have enough financial resources to live in the U.S., without needing help from the government, or become a ‘public charge’.

Consequently, the US citizen or lawful permanent resident sponsoring the foreign spouse or family member needs to assure the U.S. government that the immigrant seeking a green card will be financially supported and not rely on the U.S. government for public benefits.

The sponsor or “petitioner” (U.S. citizen/green card holder) makes this commitment to the U.S. government by completing and signing the Form I-864, Affidavit of Support.

We have covered extensive guides discussing everything you need to know about Form I-864 here.

In this guide, we will be focusing on a financial co-sponsor, or a joint sponsor.

What is a Joint Sponsor?

A joint sponsor, or a financial co-sponsor, is a U.S. citizen or a lawful permanent resident, who is willing to accept legal financial responsibilities, along with the petitioner to support the intending immigrant, for a family-based green card.

In case the primary sponsor (“petitioner” who filed Form I-130) is incapable of meeting the minimum income requirements to sponsor the intending immigrant(s) for a family-based green card, they may need a joint sponsor.

A joint sponsor must be a person and may not be a corporation, organization, or other entity.

You can understand the nature of a joint sponsorship as an insurance policy used by the U.S. government, in the event of the primary sponsor not being able to fulfill his or her financial obligation to the future green card holder.

Do You Need a Joint Sponsor?

If you are the primary sponsor (petitioner), your household income should be equal to or higher than 125% of the U.S. poverty level for your household size.

Generally, for a petitioning sponsor, who is not enrolled in an active military duty and without children, the minimum annual income required to sponsor an immigrant for a green card is $22,887.

We have covered a detailed guide on the income and asset requirements by location for different household sizes.

This guide also includes information about the types of income and assets that a petitioner or a sponsor can use to meet the financial requirements.

If you can’t meet the income requirements to sponsor your relative, you may use the income and assets of members of your household who are related to you by birth, marriage, or adoption.

If the petitioning sponsor still does not meet the minimum income requirements, you will need a joint sponsor, to jointly support the intending immigrant financially.

Who can Become a Joint Sponsor?

A joint sponsor does not have to be related to the petitioning sponsor or the intending immigrant.

A joint sponsor must:

The joint sponsor must fill out a separate Form I-864, Affidavit of Support Under Section 213A of the INA and provide supporting documents.

Note: The petitioning sponsor must complete and submit a signed Form I-864 for the intending immigrant even if a joint sponsor will be used.

Even if one or more Form I-864s are submitted for the immigrant, the petitioning sponsor remains legally accountable for the financial support of the sponsored immigrant along with the joint sponsors.

If the primary sponsor meets the minimum income requirements, you don’t need a joint sponsor, unless a consular officer or DHS immigration officer specifically requests it.

A joint sponsor’s income must independently be equal to 125% of the federal poverty level.

There can be no more than two joint sponsors.

A joint sponsor must be able to meet the income requirements for all the persons he or she is sponsoring, without combining resources with the petitioning sponsor or a second joint sponsor.

In order to meet the income requirements, the joint sponsor may use the income and assets of members of his/her own household members, like adult children, siblings or parents.

To qualify as a household member, such relatives must be living in the joint sponsor’s residence.

However, in order to use their income, the joint sponsor must have them listed as dependents on their most recent federal income tax return, or must have lived with them for the last 6 months.

The joint sponsor may also include any adult they claimed as a dependent but did not live with them.

Each of these household members and dependents are also required to complete and sign Form I-864A, Contract Between Sponsor and Household Member and attach it to the joint sponsor’s Form I-864.

Once all these conditions are satisfied, these relatives and household members can help you meet the income requirements to jointly be responsible for the immigrant you are sponsoring.

A joint sponsor may include the same types of income, such as wages and salaries, retirement benefits, and alimony.

You may check out our guide to income requirements for more information.

What are Joint Sponsor’s Responsibilities?

A joint sponsor’s role is to mainly ensure the government that the person seeking a green card will not become a ‘public charge’, which means depending on government benefits, if he/she receives a green card.

Below we discuss the joint sponsor’s major responsibilities and obligations.

The basic requirement of a joint sponsor is to be jointly liable to the petitioning sponsor for financially supporting the intending immigrant, in the first place.

This means the joint sponsor is equally responsible as the primary sponsor, on grounds of financial support.

Until the joint sponsor’s obligations end, he/she must continuously notify the USCIS about the change of their address.

As a joint sponsor, you must provide the USCIS with your new address on Form I-865, or Sponsor’s Notice of Change of Address, within 30 days after each time you move.

When will the Joint Sponsor’s Obligations End?

Joint sponsor’s obligations ends when the immigrant experiences any of the following:

Affidavit of Support, Form I-864

How to Fill Out Affidavit of Support

Affidavit of Support Checklist – Form I-864