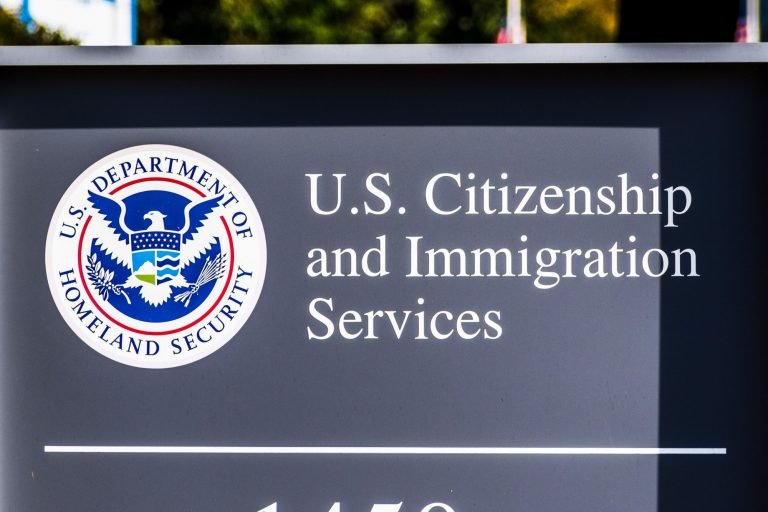 Amidst everything going on due to the Covid-19 outbreak, there’s another adding on to the list. This one comes from the federal agency responsible for visa and asylum processing, US Citizenship and Immigration Services.

The USCIS has stated that it will have to furlough part of its workforce this summer, if the Congress fails to provide it with emergency funding, to sustain its ongoing operations through the coronavirus pandemic.

Earlier this month, the USCIS had requested a sum of $1.2 billion from Congress due to the budget shortfall.

The scenario painted now is such that unless the Congress intervenes and provides the agency with the requested funds, the USCIS will need to administratively furlough a portion of its employees on approximately July 20.

USCIS plans to attach the required funds to the next coronavirus relief bill, which is still being negotiated and decided upon by lawmakers.

USCIS has seen a dramatic downfall in revenue and is seeking a one-time emergency request for funding, to ensure a lawful immigration system and protect the integrity of the American people.

The administration’s policies have directly been blamed for this reduction in the number of petitions, resulting in lower fees received by the agency.

U.S. Supreme Court will Soon Decide the Fate of 650,000 ‘Dreamers.’ Here’s What Could Happen, Azcentral

Among the numerous programs that work for the welfare of foreign migrants in the U.S., President Donald Trump has had a special interest in ending the Obama-era program called Deferred Action for Childhood Arrivals (DACA).

Under this program created by Obama in June 2012, undocumented immigrants who came as children into the U.S., commonly referred to as “Dreamers”, were allowed to live and work temporarily in the U.S. for two years without the threat of deportation.

It provided them with temporary protection from deportation and work permits.

Trump has been striving hard to end the DACA program since September 2017, in efforts to clamp down on illegal immigration.

Consequently, 650,000 such undocumented “Dreamers” look forward to the Supreme Court’s decision on the sustenance of DACA, which is expected to be announced by the end of June but could really come any time now.

The Supreme Court agreed to hear the DACA case in June 2019.

According to USCIS, there were about 649,070 active DACA recipients as of December 21, 2019. The program demands the applicants for a high school diploma or equivalent and no record of serious crimes.

However, several states, universities and advocacy bodies have filed lawsuits against the Trump administration, to end the program.

If the Supreme Court decides to end the DACA program,

As per the ‘Green Light Law’, passed in the 2020 budget by the Democratic Gov. Andrew Cuomo, illegal immigrants were allowed to receive a New York State driver’s license.

A change was made in the original law, as per which the state Department of Motor Vehicles (DMV) agencies were prohibited from sharing undocumented immigrants’ driver data with immigration authorities like Immigration and Customs Enforcement (ICE) and Customs and Border Protection (CBP).

However, the new amendment now released, declares it a class E felony for officials to share this information with concerned immigration authorities.

As per the law,

Acting ICE Director Matthew Albence believes that this law puts the lives of officers in danger and prevents ICE and CBP from doing their jobs.

As directed by the White House, the Department of Homeland Security has recommended further restrictions on immigration, due to the pandemic.

DHS has recommended to suspend the Optional Practical Training (OPT) program, which allows foreign students studying in U.S. universities to receive occupational training for a year or two, between education and employment.

The Trump government, along with tightening the immigration norms, now wants to suspend the OPT program, as they believe that a portion of these students after receiving American degrees, return to their home countries.

The new guidelines, expected to be announced in an executive order this month, would expand curbs on legal migration.

In reality, by curbing the OPT training, the administration is looking forward to creating more jobs for American born citizens, now that the unemployment rate has reached almost 15%.

Critics of the proposal state that suspending OPT doesn’t resolve the problem of employment guarantees to American citizens, during the Covid crisis.

International students contribute nearly $41 billion a year to the U.S. economy. Instead of solving any problems, the suspension of the ending of OPT will degrade the quality of America’s higher education system.

Right since his 2016 campaign, Trump has been delivering his part into restricting and barring the entry of immigrants into the US.

His slogan, “Make America Great Again!” has been the central cause of tweaking and continually making the immigration into the US more stringent.

He has recently said that he wants to halt the immigration further, resulting due to the mushrooming unemployment levels in the country. This includes putting a temporary stop on work visas issued for skilled foreign workers and student visas.

The Trump administration majorly wants employment visas like H-1B and H-2B, along with the Optional Practical Training program to temporarily halt.

This could obviously pose a threat for IT giants and STEM fields, which are mainly occupied by highly skilled foreign nationals. They help in uplifting the economic expansion and creating jobs for native-born workers.

Many companies in the US (US based) argue that without H-1B employees, they would face difficulty for specialized skilled roles.

As per Federal guidelines, the H-1B program should not “adversely affect the wages and working conditions” of Americans. This is why the administration wants to cut off immigration into the US, now when it is in talks of reviving the economy.

They feel that foreign migrants eat up the job positions, which rightfully belongs first to the native born Americans. With the unemployment levels rising dramatically, now shooting up to approximately 15%, the government wants to ensure every possible step to provide employment for fellow Americans, at the cost of barring the entries of foreign nationals into the US.