Can Dreamers Get a Green Card? [2022 Complete Guide] 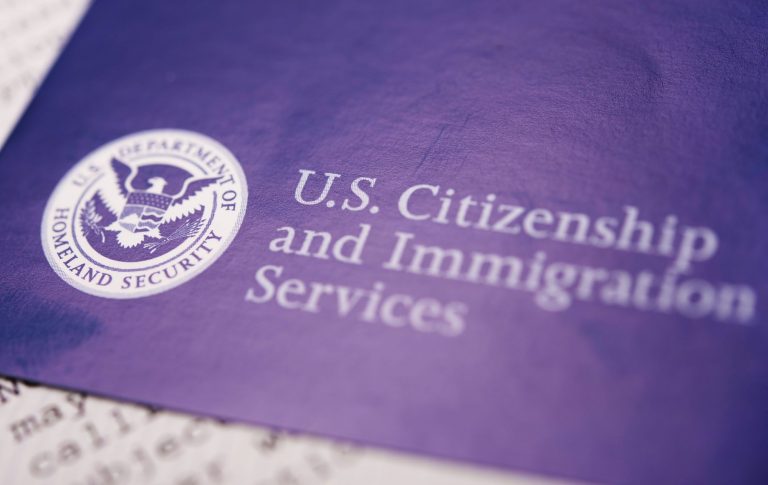 The Deferred Action for Childhood Arrivals (DACA) is a deferred action policy aimed at protecting qualifying, undocumented immigrants who came to the U.S. as children.

These children, known as “Dreamers,” are afforded certain legal rights.

Unfortunately, the current DACA policy does not offer Dreamers a direct path to a green card (lawful permanent resident status), or U.S. citizenship, but there are some exceptions.

Although not everyone will qualify, U.S. immigration law offers Dreamers a possible path to a green card, or U.S. citizenship through the following routes:

Going from Dreamer to green card can be extremely confusing.

SelfLawyer strongly suggests that you consult an experienced immigration attorney before acting on any DACA matter.

Some Dreamers are already U.S. citizens without even knowing it.

It is possible for parents who are unaware of their own citizenship to transmit citizenship unknowingly to their child.

For this reason, it’s important to ask about the citizenship of your parents and grandparents.

Find out where each was born, whether they lived in the United States, and, if so, how they came to reside in the U.S.

The following requirements apply if your parents were married at the time of your birth:

The following requirements apply if your parents were not married when you were born:

Adjustment of Status and Consular Processing

In almost all cases, Dreamers who seek to obtain a green card must either file a petition for adjustment of status or return to their home country and undergo consular processing.

This is where almost all Dreamers run into trouble in the green card application process.

U.S. immigration law, through the Immigration and Nationalization Act (INA), offers two paths for Dreamers to overcome their undocumented immigrant status when filing for adjustment of status.

Section 245(a) of the INA requires that you be “inspected and admitted or paroled” upon your last entry to the U.S.

This means that you must cross at a port-of-entry and be interviewed by a U.S. border patrol officer.

Unfortunately, most Dreamers entered the U.S. without a border patrol interview, making them ineligible under section 245(a).

An exception applies if you entered the U.S. illegally but were later granted permission to leave and re-enter the U.S. (known as “parole”) and did so at a port-of-entry with an interview by a border patrol officer.

If this applies to you, your last entry into the U.S. is considered lawful under section 245(a).

Assuming all other immigration requirements are met, you should be able to file for adjustment of status.

If you are the beneficiary (or derivative beneficiary) of an approved immigration petition that was filed on or before April 30, 2001, if there is a visa immediately available for you, and if you are otherwise admissible, section 245(i) allows you to pay a $1,000 penalty.

Some types of petitions require you to prove that you were physically present in the U.S. on December 21, 2000.

Consular processing offers its own set of obstacles for the undocumented Dreamer.

However, because you entered, lived, and/or worked in the U.S. as an undocumented immigrant, your return to your home country will trigger an unlawful presence bar, making you inadmissible (meaning you cannot enter the U.S.) for a period of three or ten years.

Again, there is an exception. If your only ground for inadmissibility is an unlawful entry, you might be able to avoid an inadmissibility bar through a provisional waiver.

You can then return to your home country for your interview with your inadmissibly waived by your provisional waiver.

To qualify for a provisional waiver, you will have to prove that a U.S. citizen or LPR spouse, parent, or child would suffer extreme hardship if the waiver is not granted. “Extreme hardship” is a difficult but not impossible standard to prove.

Do you have an eligible family member who can sponsor you for immigration?

If you can answer yes to any of these questions, you might be eligible for family-based immigration through sponsorship.

Family-based immigration requires you to comply with the adjustment of status requirements discussed above.

Marriage to a U.S. Citizen

A big misconception of Dreamers is that if they marry a U.S. citizen, their green card is guaranteed.

Unfortunately, this is not true.

Even if you marry a U.S. citizen, you still have to either adjust your status or undergo consular processing in your home country.

Thus, the Adjustment of Status/Consular Processing discussion from above applies, rendering many (if not most) Dreamers ineligible for green cards even after marrying a U.S. citizen.

Have you ever been sponsored for an employment-based immigrant visa?

If not, would your current employer or a prospective employer be willing to sponsor you for LPR status?

As a Dreamer, employment-based immigration might be possible if you obtain a PERM labor certification from the Department of Labor before the sponsoring employer can file the employment petition.

This means that even if the employment-based Visa Bulletin indicates an immigrant visa is available, it could take a year or more before the employer can file an employment petition, and, presumably, you could file an adjustment of status application or start consular processing while your sponsoring employer’s I-140 petition is being processed.

Unfortunately, the Adjustment of Status/Consular Processing discussion from above applies, rendering many (if not most) Dreamers ineligible for green cards even after an employer has petitioned for an employment-based visa on their behalf.

Asylum status is available to anyone in the United States who has suffered persecution in his or her home country or who has a well-founded fear of persecution.

In general, eligibility for asylum requires the following:

Dreamers are eligible to apply for a permanent resident status (green card) one year after being granted asylum status.

U Visa for Victims of Crime

Created in 2000, the Victims of Trafficking and Violence Prevention Act offers a U visa to protect non-citizens who have been victims of certain crimes and who have aided law enforcement.

The U visa was created to encourage victims to cooperate with police and prosecutors without the fear of deportation.

A U visa provides legal status, employment authorization, and can also provide a path to permanent resident status (green card) in some circumstances.

There are four eligibility requirements for a U visa:

The victim must have useful information related to the crime and be willing to cooperate with police and officials responsible for investigating the case.

As you can see, getting from Dreamer to Green card is a complicated process. Be sure to consult an immigration attorney before taking any action to obtain a green card.

SelfLawyer is committed to keeping you informed of U.S. immigration policy as it stands today and as it affects all of us tomorrow. Our goal is to keep all immigrants safe, informed, and leave them with peace of mind.